The personal life of a popular sportsperson has made big news. Recently, Vince Young was in the news for bad reasons. He was arrested for drunk and driving. Arrested during late Sunday, police said that he was arrested and charged, after finding his speech was slurred. Vince Young tendered apology through this Facebook page. Despite the arrest, the University of Texas said that Vince Young will not lose his job and will continue his stint. Meanwhile, the Longhorn Network, where Vince Young works as an analyst, did not mention anything whether he will be employed or not.

Aged 32, Vince Young has played in NFL for six years. Young was hired in the year 2014 by Texas for promoting social activities. The noteworthy thing is that he is paid nearly a whopping amount of $100,000 yearly by the school. Gary Susswein, the spokesman of Texas, confirmed that Young will keep up his job in the school. It is not sure whether the arrest of Vince Young will impact his career in big time. In the recent years, many popular sportspeople were caught in various controversies and have been arrested for different reasons. It should be noted many sportsperson have damaged their career due to unlawful activities. It is a general opinion of people that public figure should behave with more responsibility and should be an example. 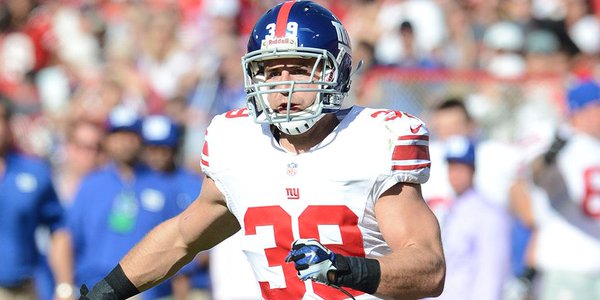 According to the report by The New York Times, Tyler Sash had an extremely higher level of CTE at the time of his death on September 27. He was formerly playing for New York Giants, and he was aged 27 when this incident happened. It is said that he died due to the overdose of painkillers, which was accidental. His brain is going to be donated for the study on chronic traumatic encephalopathy. According to the reports made by Times, Concussion Legacy Foundation has informed the Sash family CTE was found in the brain of Tyler, and the existence of the disease can be concluded after the death. It is also said that it is very rare for anyone to have such an advanced stage of disease at this very young age.

The severity of CTE varies from 0 to 4. Sash had reached Stage 2, which was the stage reached by Junior Seau, who committed suicide at the age of 43. The presence of CTE was also confirmed by Chris Nowinski to the Associated Press, who works for Concussion Legacy Foundation.

Times report says that Sash was suffering from memory loss, the confusion that made him difficult to find a good job after he was expelled by the Giants in the year 2013. Sash’s mother told that diagnosis of a high level of CTE helped her now to realize the behavior change of Sash. Sash, during his stint with Giants, was suspended for four matches as he was found positive for consuming performance enhancement drug. It has to be noted that CTE is found in the brain of various football players.

In recent years, we have been reading a lot of irrelevant news in the sports column. In recent news, Oregon State’s football stadium, which is being constructed, has caught in the news for some peculiar happening. During the construction of this stadium, workers have earthed bones, which are believed to of Mammoth. You may be already aware of the fact that Mammoth is a prehistoric animal, which is believed to be the former version of present day elephant. Additionally, the construction also had found other bones, which are believed to be of other species such as camel and bison. Steve Clark, the spokesman of OSU, said that they believe that the intact femur is Mammoth.

Mark Massari, the deputy athletic director said that the workers excavated the bone at the place, where football team’s locker room has to be constructed. It is said that the University archeologist has excavated at least one big bone from the site. What is more startling is that these bones would have been estimated at least 10,000 years old. The press release from the school stated that associate professor of anthropology – Loren Davis was asked to visit the site after the discoveries. Davis said that bones are not in proper shapes, but they are preserved well.

There has been lots of research going on prehistoric human civilizations and animals. The discovery of ancient bones at future Oregon State’s football stadium can help the scientist to understand and prove about the existence of animals during the prehistoric period. We have to wait and see whether more bones will be unearthed as the construction proceeds.